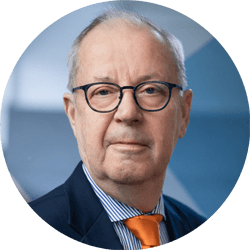 Chairman of the Board since January 2006

Member of the Board since July 2003

Independent of the Company

Vesa-Pekka Leskinen is also a founding partner of Quartal Oy and was the majority owner of the company until 1999. Quartal Oy is focusing on developing and delivering computerized delivery solutions and communication services, especially for the stock market and the companies having business therein. In addition, Vesa-Pekka Leskinen is the Chairman of the Board of Directors of Vianaturale Oy (as of May 2014, earlier member as of October 2006). By education Mr. Leskinen is an undergraduate and has an MAT degree. 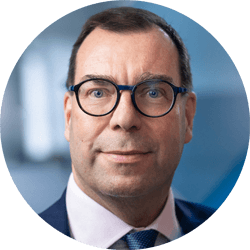 Member of the Board since March 2012

Independent of the Company

Mr. Topi Piela is the CEO of Pension Fund of Finnish Broadcasting Company and a member of the Finnish Association of Professional Board Members. Additionally, Piela is a member of the Board of Directors of EAB Group Oyj, JJPPPT Holding Oy, Asuntosalkku Suomi Oy, Porasto Oy and Piela Ventures Oy. He is also a member of the Commerce Committee of Alfred Kordelin Foundation, Supervisory Board member at Ilmavoimien Tuki-Säätiö and member of the investment committee of Helsingin Seurakuntayhtymä.

Until September 2019 Topi Piela served as CEO at Umo Invest Oy and Balance Capital Oy, as well as deputy to CEO of Umo Capital Oy. Earlier, Topi Piela served as the Managing Director of Finvest Oyj and Amanda Capital Plc, after which he assumed a position in the Board of Directors of Amanda and worked also as the chairman. He has also acted as a member of the State Pension Fund as well as the Finnish Broadcasting Company's Pension Fund investment committees, and a member of the Board of Directors as well as the audit Committee of Etera. Piela’s previous positions include Investment Director at Ilmarinen Mutual Pension Insurance Company, Managing Director and co-founder of Arctos Rahasto Oy, and Securities and Investment Director of Ålandsbanken Ab. He has also served on the investment committees of several Finnish and European private equity funds. Topi Piela has earlier been member of QPR Software Board of Directors during 2006–2009.

Mr. Piela holds an M.Sc. in Economics, is a certified CEFA holder and has passed the Finnish Advanced Insurance Examination.

Member of the board since April 2019

Independent of the Company and its significant shareholders

Ms. Salla Vainio is the CEO of strategy and marketing consultancy Marketing Clinic. She has a long experience in top management roles in various companies, and her special expertise lies in leading expert organizations. Her latest role was the CEO of Fondia, a business law expert company active in Finland, Sweden and the Baltics. Salla is a member of Directors’ Institute Finland and has been in several executive boards both as a member and a chairman.

Ms. Salla Vainio holds a Master of Science in Economics. 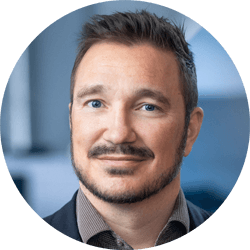 Member of the board since April 2019

Independent of the Company and its significant shareholders

Mr. Jarmo Rajala is a digital technology expert and a leader with long experience in software business, AI and analytics. Currently Jarmo works as District Manager Finland, Denmark and Baltics at Snowflakes. Prior to this he acted as Director, Data & AI, at a Finnish consultancy and software company Cubiq Analytics Oy. Previously Jarmo was employed by a search-based analytics company ThoughtSpot as a Regional Director for Nordics and Baltics.